We’ve been bugging our crazy-talented friend, Shara, for pictures of Rowen’s Shark Party since we walked through the door of the party… and had our mind’s blown. Modern, clean, fun, creative touches EVERYWHERE. Crafty in the coolest way, clever menu, fun games for kiddos…so good. 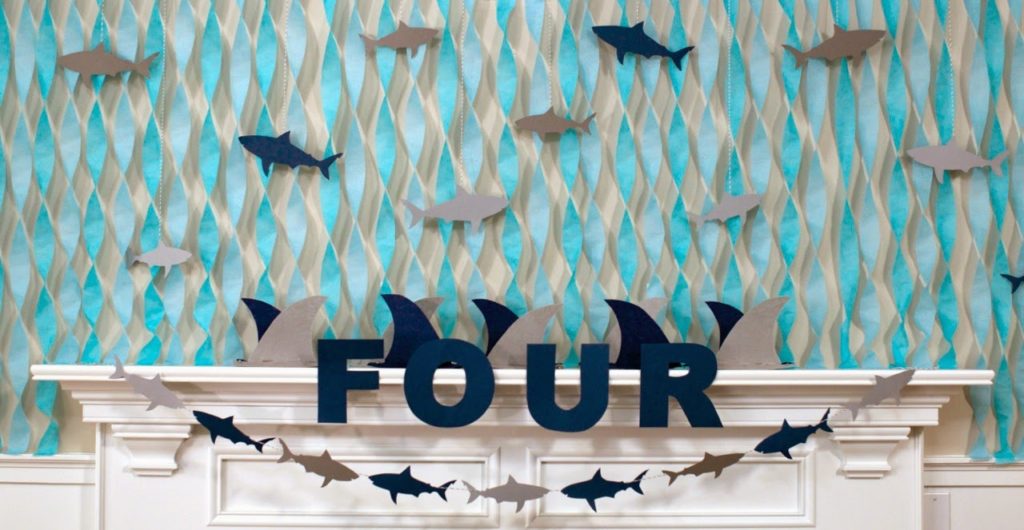 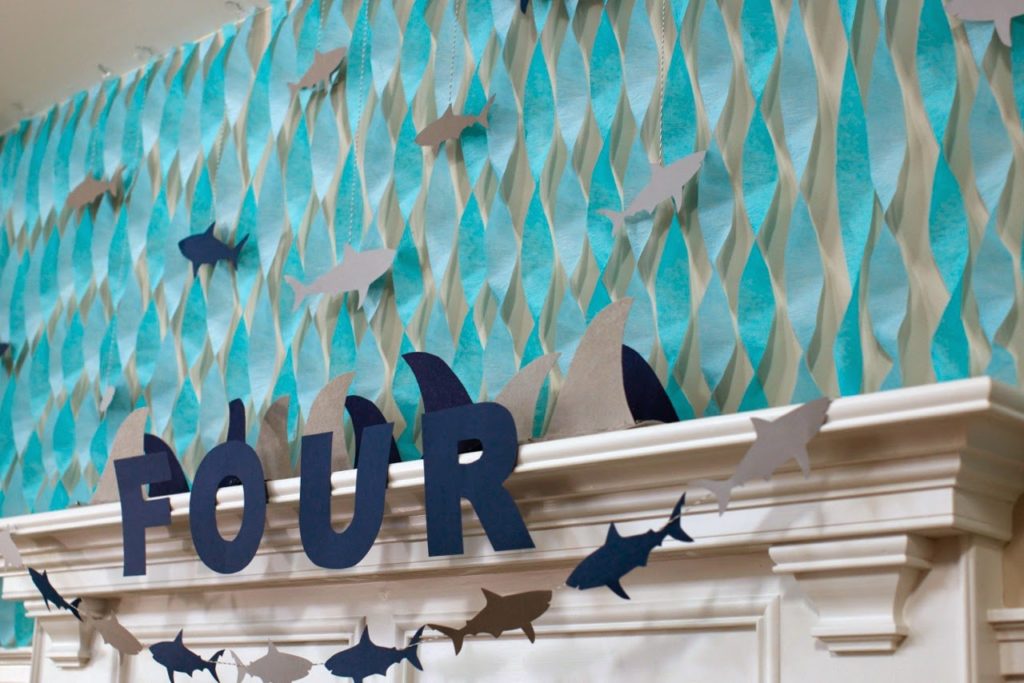 Shara used two slightly different colors of crepe paper and twisted them to create “water”. She hung all the sharks from string so they would appear to float on top of the waves. Genius. 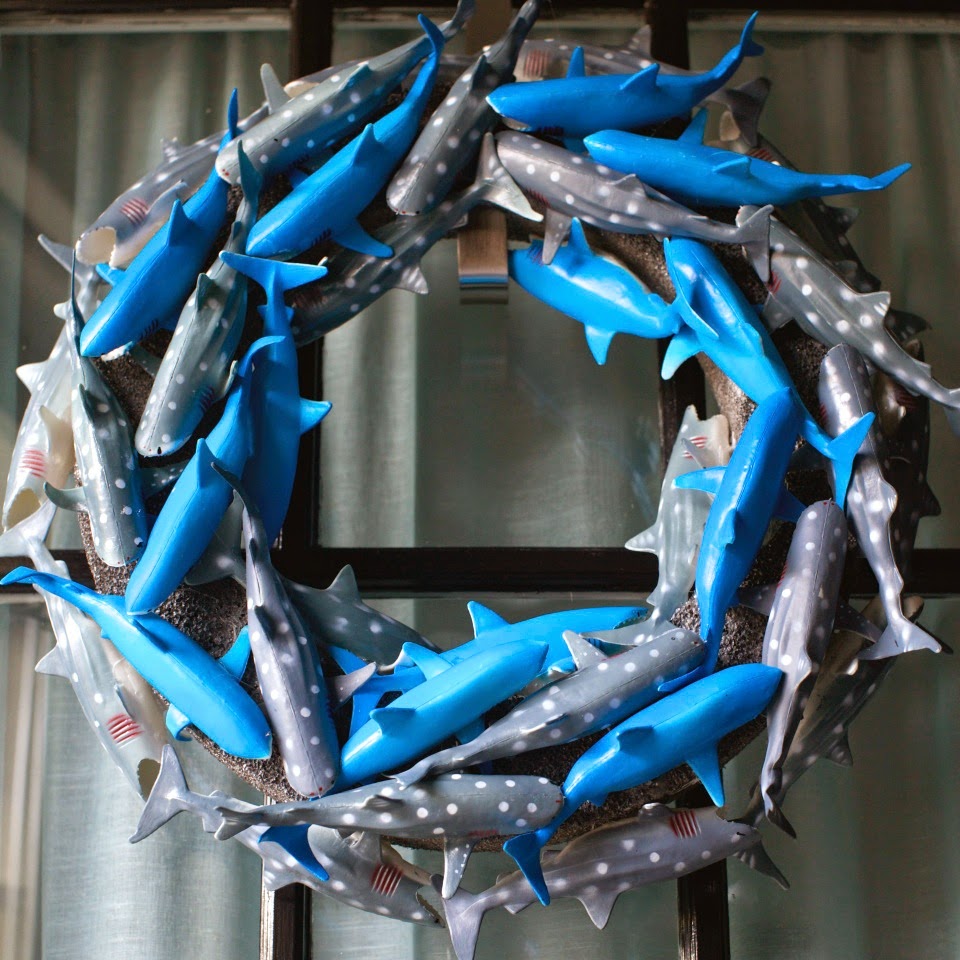 One of our favorite things of the party was this shark wreath! Shara spray painted a foam wreath core gray then hot glued plastic sharks (here) all around to simulate a shark attack feeding frenzy! 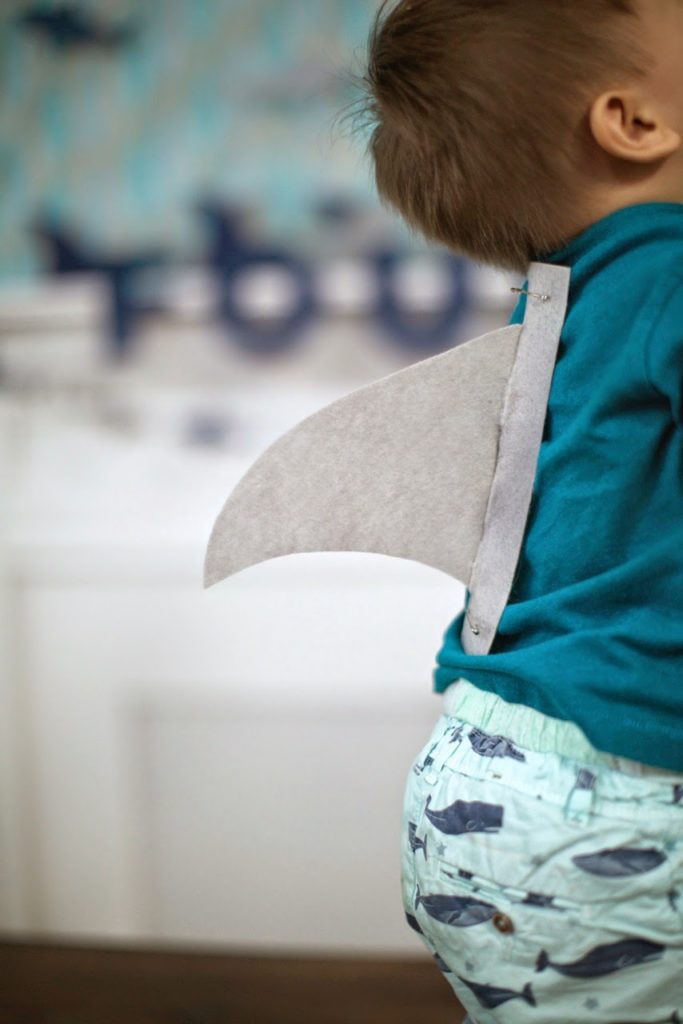 The fins on the mantel were pin-on fins for the kids to wear. Shara made them using stiffened felt and a template found here. 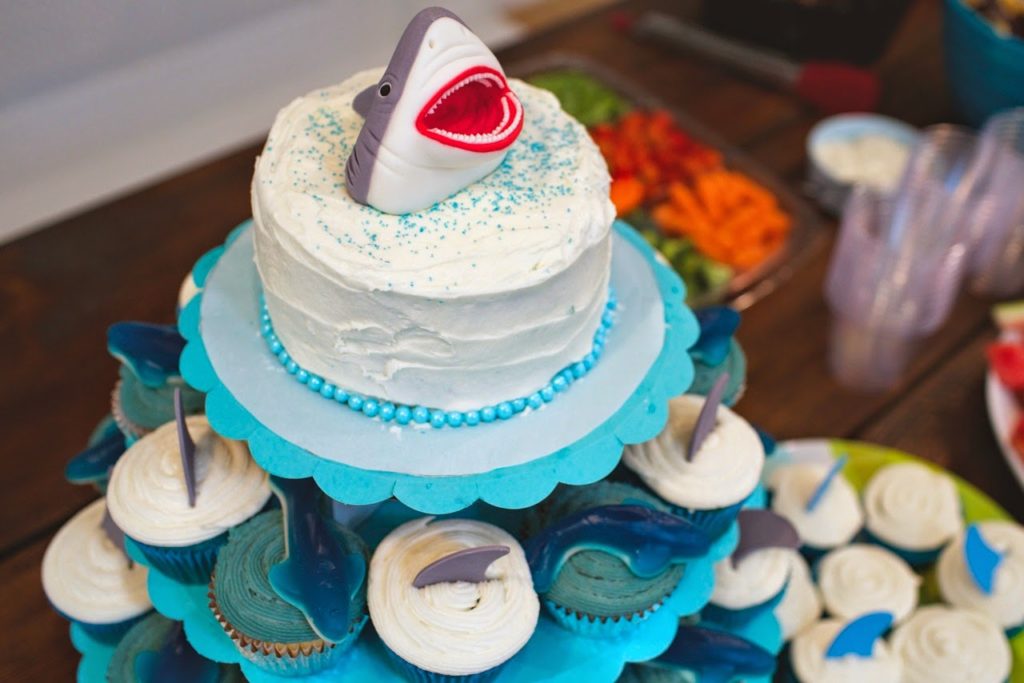 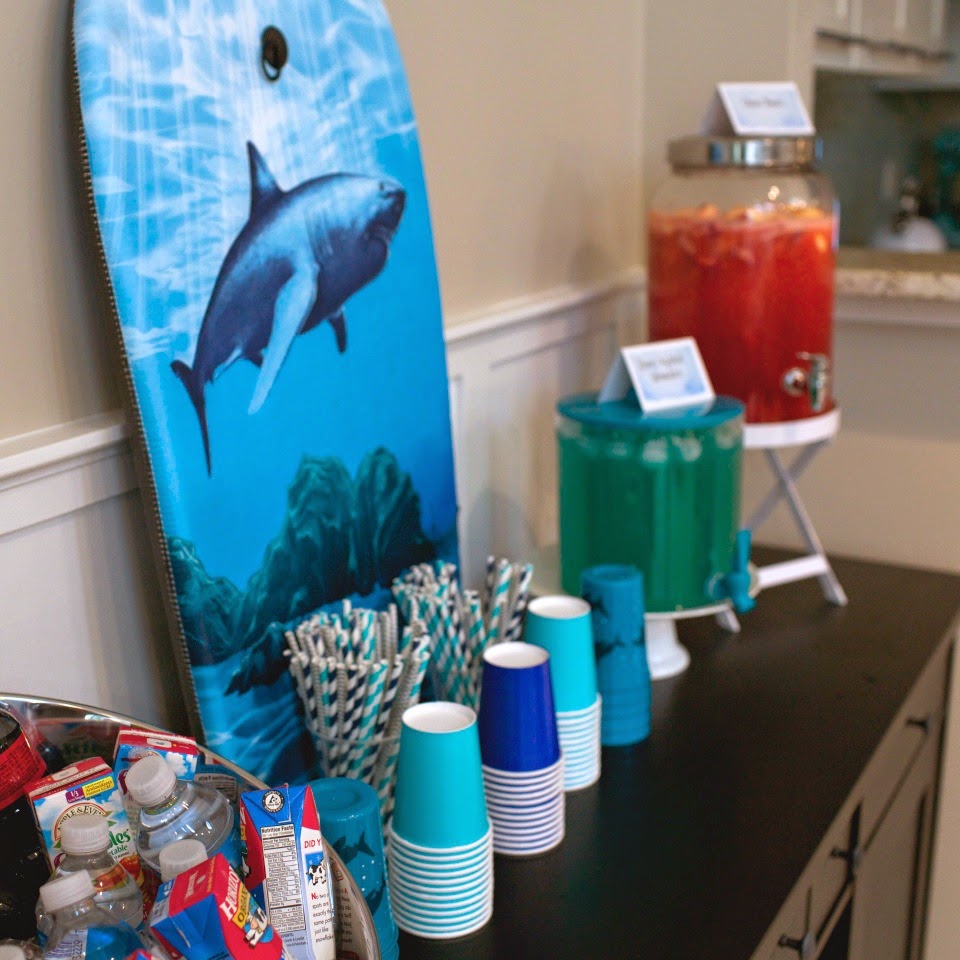 Shara’s favorite things about the sharks hung from the ceiling were the shadows they created when the light was turned on. The slight movement of the sharks and the big shadows made it look like there were actually sharks swimming around the room. 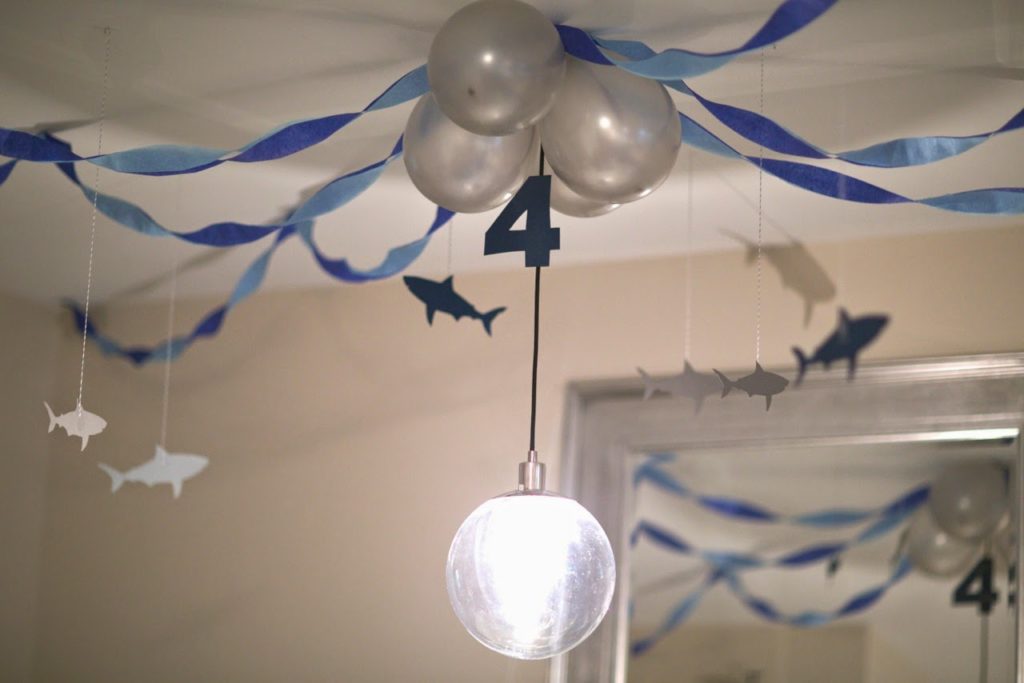 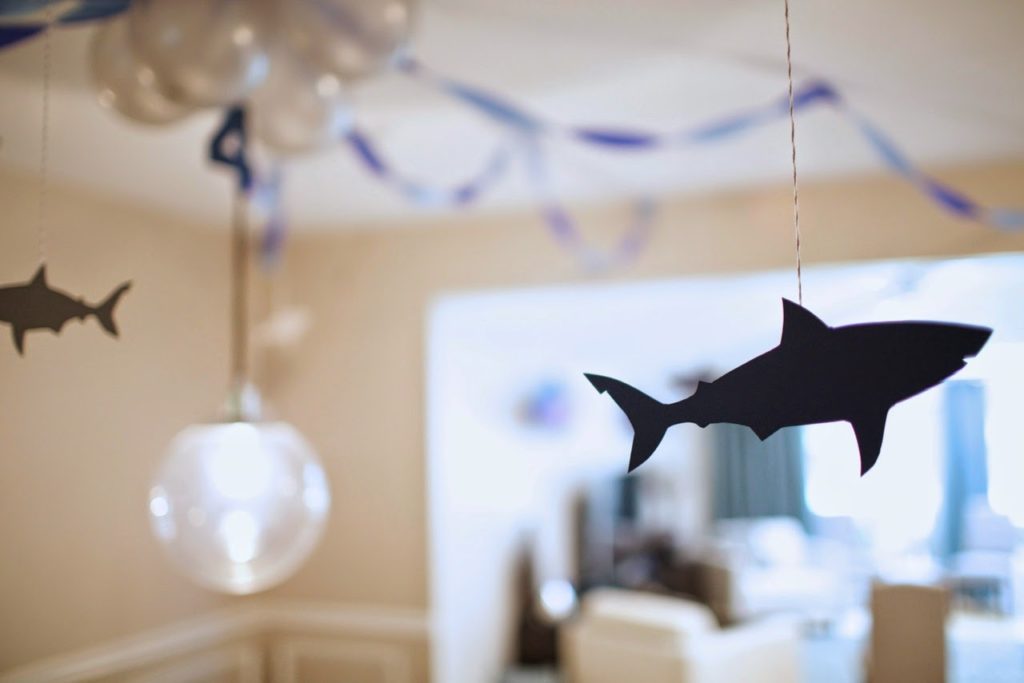 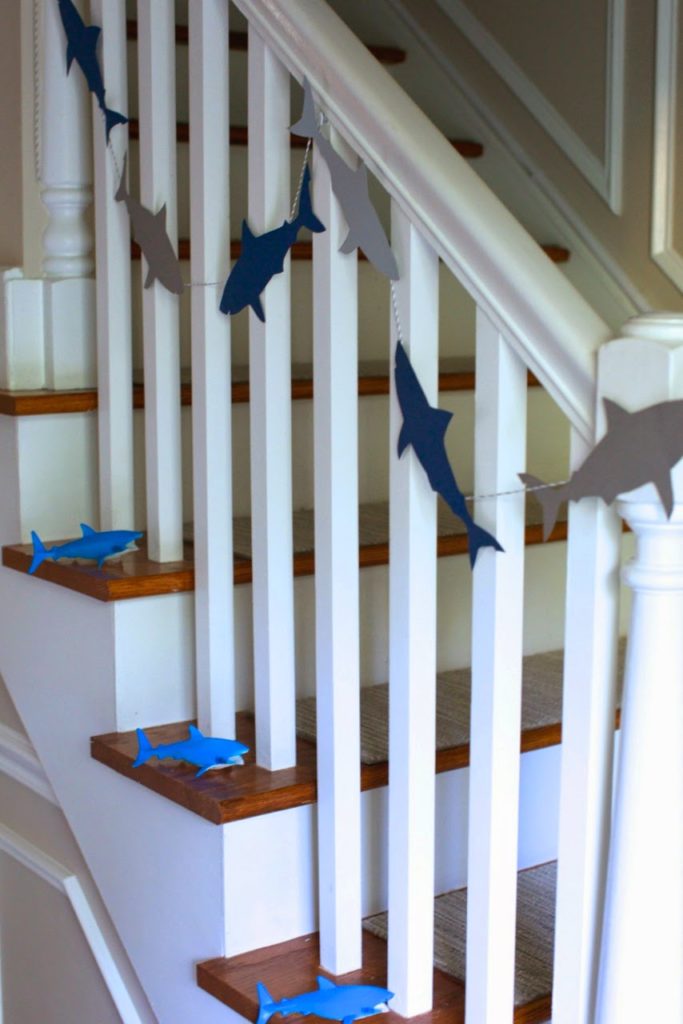 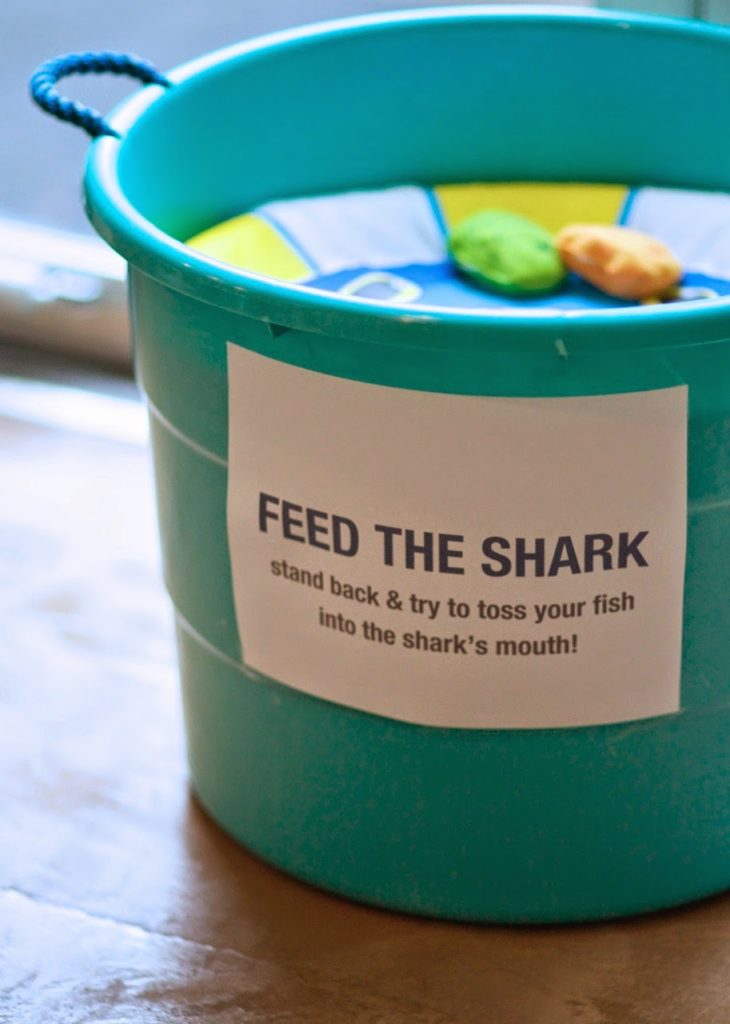 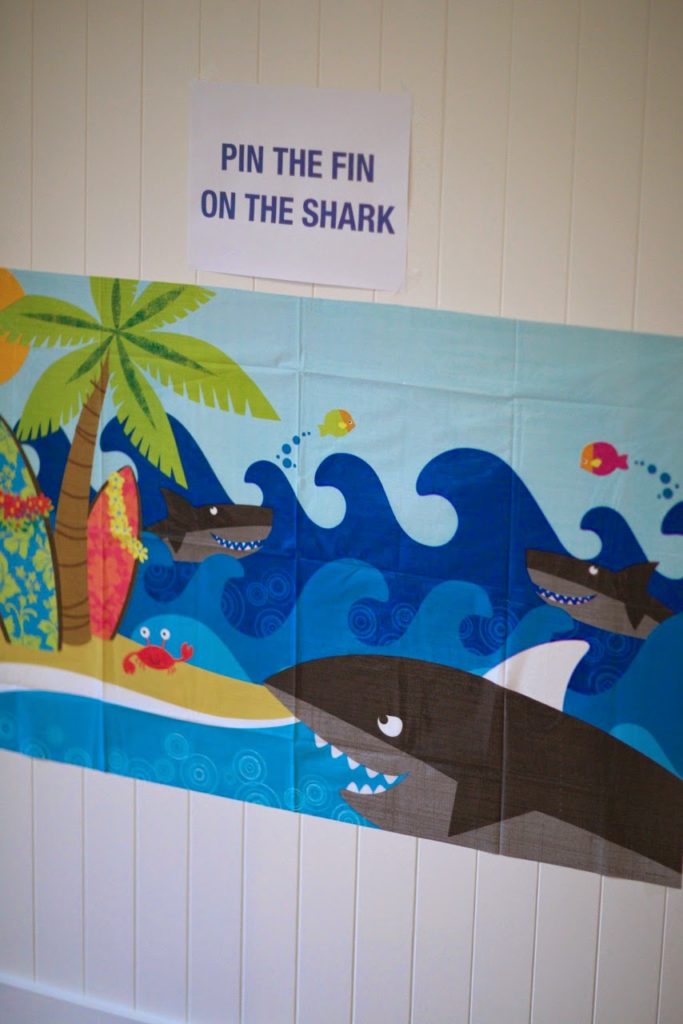 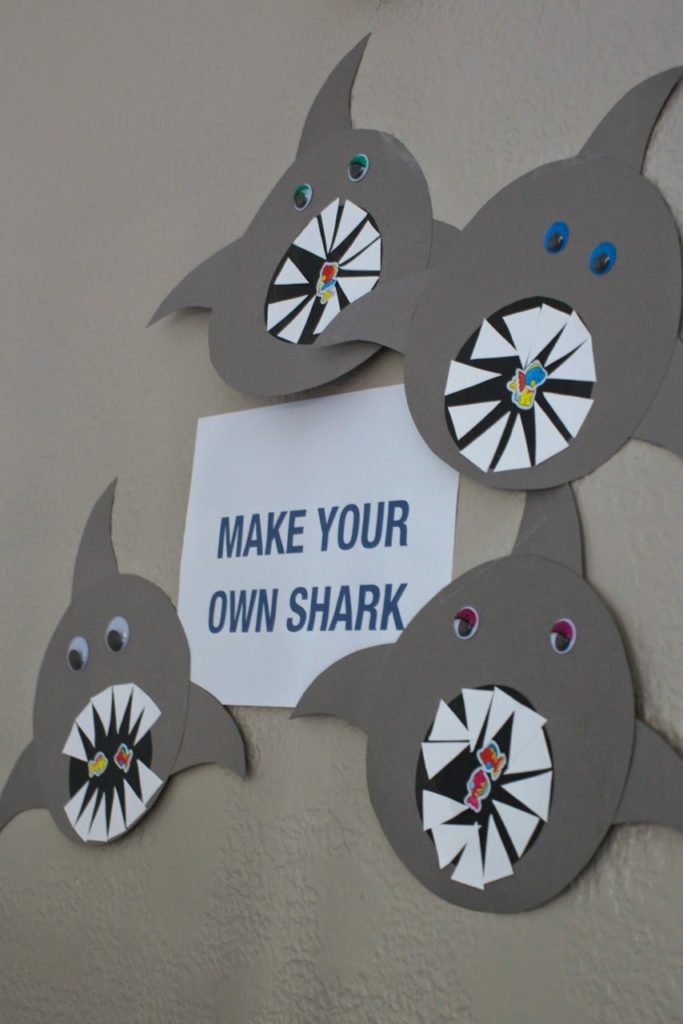 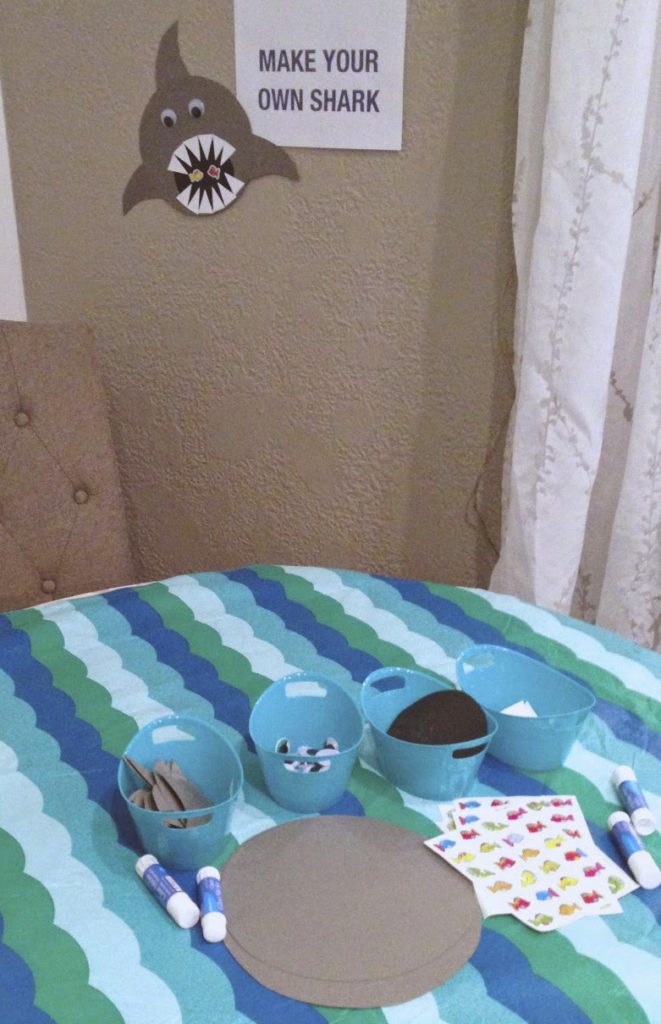 Ari LOVED this activity… we still have his shark on the fridge! 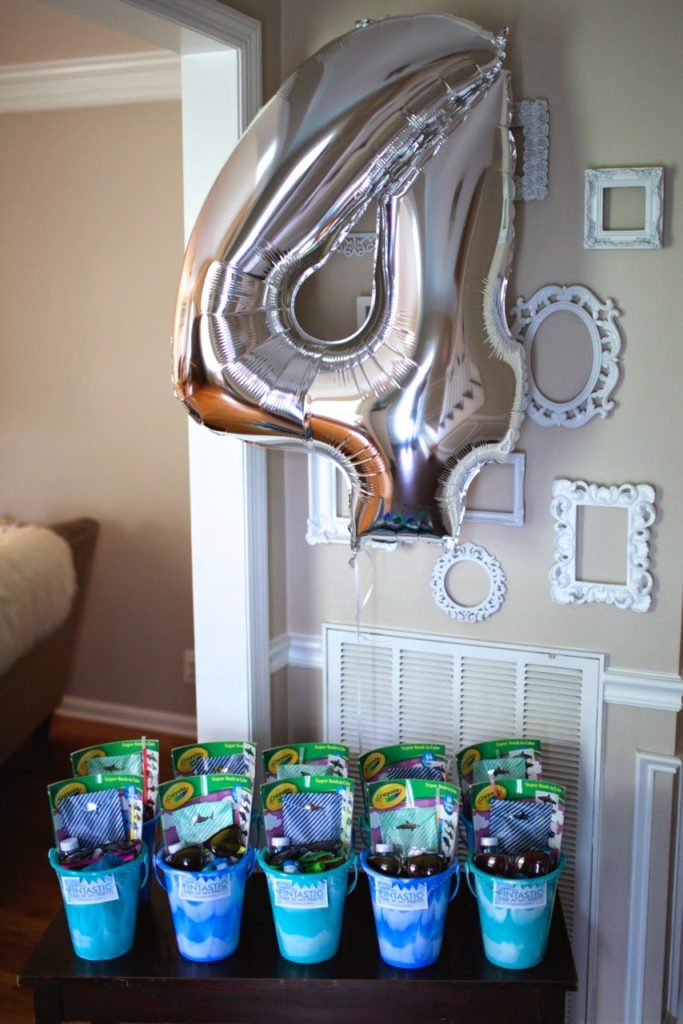 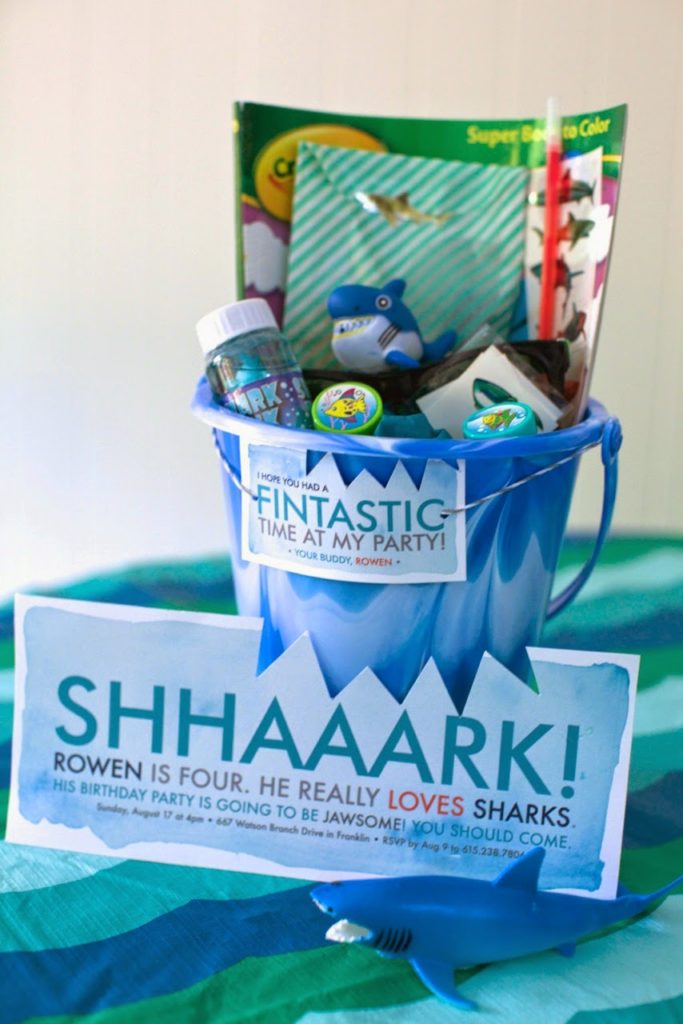 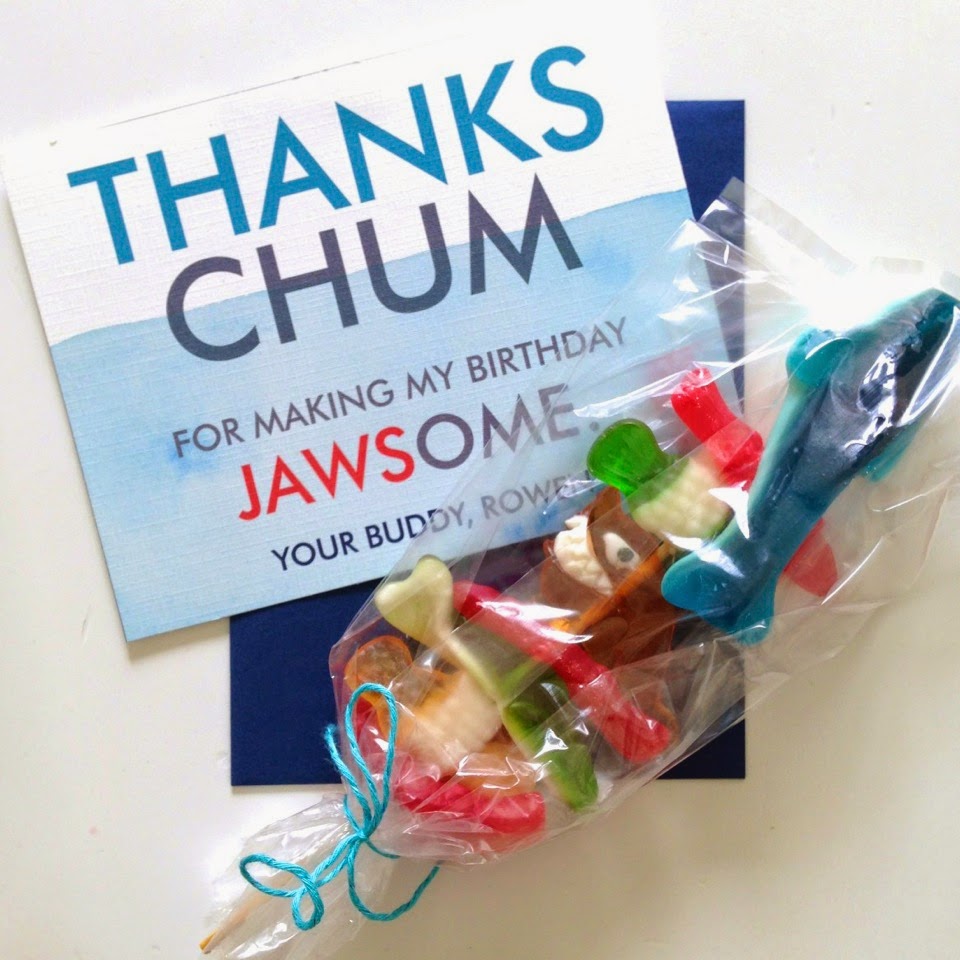 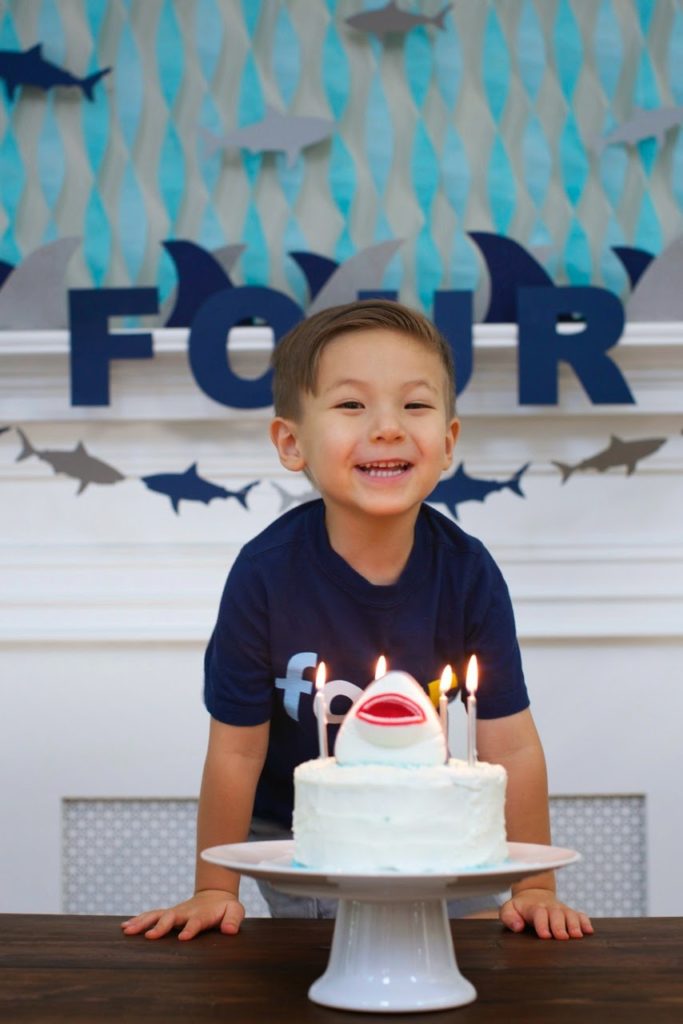 Big Birthday Boy Rowen!
Thank you for sharing your party with us, Shara! We loved every minute of it (oh and so did our kids!!).